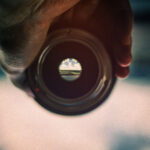 Last week we had a series of speakers from the Film Sector. They covered a range of topics including: International TVC industry is gone due to boardersLoosing Crew to the North Island due to lack of productionsCentral Government has a huge amount of funding available for content creation.We need … END_OF_DOCUMENT_TOKEN_TO_BE_REPLACED 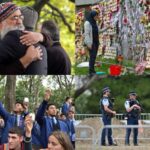 This week we are privileged to have Tony Green from the Muslim community. Tony is going to talk from the theme “what now?”. He will be joined by Hamimah Tuyan of Singapore. Join us Tuesday on Zoom: 5pm for 5.30 … END_OF_DOCUMENT_TOKEN_TO_BE_REPLACED 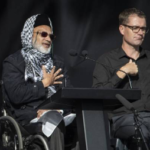 This week we watched on in silence, and in grief, as some of the victims of the Mosque murders stood before the man who had tried his best to destroy their lives. Just passing the Court, which was surrounded by gun wielding Police, was sobering enough on its own. Observing the members of the Muslim … END_OF_DOCUMENT_TOKEN_TO_BE_REPLACED 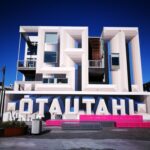 This week we are going back to Zoom. Smash Palace is having a facelift and the Government is constructing a laneway down the side of the bar. The bar will not be able to be in action for the next 6-8 weeks. Join Zoom Meeting: … END_OF_DOCUMENT_TOKEN_TO_BE_REPLACED 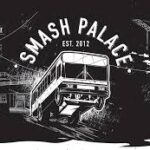 Let's celebrate - those of you who are able - we are back at Smash Palace at 5pm for 5.30 start. No speaker - we are all the speakers: it is a chance to reflect on the sessions of the last three weeks and where to from here. We will be live on Facebook. Though that may not work too well this … END_OF_DOCUMENT_TOKEN_TO_BE_REPLACED

This week we have a panel of Carl Davidson, Jim Lunday and Councillor Sara Templeton who chairs the Sustainability and Community Resilience Committee of CCC. We are asking Tuesday Club members to consider a question.... Cities are built on a triangle of emotional inter dependencies. … END_OF_DOCUMENT_TOKEN_TO_BE_REPLACED

I was sent this excellent article by Brian Ward. Over the next few weeks we will examine how the list of action points identified by the Mayors can be rolled out in this City. World’s most powerful city mayors join to pledge “no return to business as usual” post Covid-19 BY TOM STONE ON MAY 7, … END_OF_DOCUMENT_TOKEN_TO_BE_REPLACED 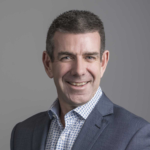 I love it when I listen to a speaker who blows my theories out the window with facts. That’s what Carl Davidson did last week. Carl is a social scientist who runs the survey company, Research First. He has run surveys throughout NZ for decades, and has possibly surveyed Christchurch citizens more … END_OF_DOCUMENT_TOKEN_TO_BE_REPLACED

So, as described above Carl Davidson of Research First is coming back this week and looking at our demographics and putting to us what steps he thinks we should be taking as a society to become a fully functioning, and thriving, community. Just as the CCC and public bodies have been challenged … END_OF_DOCUMENT_TOKEN_TO_BE_REPLACED

I agree about your comments on bars on the strip.  Like many business post-Covid the economics of the model just don’t work. Retail/office and to a lesser extent industrial premise rent/values are in for a huge shake up. We had a friend who won the prestigious retail shop of the year around 7 – 8 … END_OF_DOCUMENT_TOKEN_TO_BE_REPLACED

The Tuesday Club at Smash Palace Christchurch
"The idea of the world as a great web of life in which all forms of life are linked by kinship, for instance, where earth and sky, rivers and mountains are more ancient and powerful than people, offers a real alternative to the extractive philosophies that are currently destroying living systems across the planet." another excellent article by Anne Salmond https://www.newsroom.co.nz/anne-salmond-te-tiriti-and-democracy-part-3

In the third part of her examination of the Treaty of Waitangi and democracy, Dame Anne Salmond argues for a tikanga-based, rather than a race-based, approach to Te Tiriti.
View on Facebook

The Tuesday Club at Smash Palace Christchurch was live.
5pm gathering and catch up - 5.30-6.30 for speaker

Am I on my own when I feel concerned that sensible debate seems to be stifled too often these days by keyboard warriors, hiding behind anonymity completely squashing what could be healthy exchange of ideas?
View on Facebook