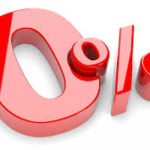 This debate has gone on and on during the campaign. I would argue because most journalists are financially illiterate, and can’t argue why the basic premise is nonsense. The Press has a dated article by Mike Yardley on its website which has been there for weeks. During the week the Press … END_OF_DOCUMENT_TOKEN_TO_BE_REPLACED