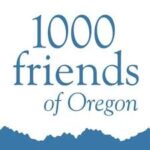 A group formed in Portland in 1974, called the 1000 Friends of Oregon. This group has influenced public policy in Portland ever since. Changes have been incredible at times. When I visited Portland as Mayor there was a flyover in the middle of the City which had been stopped. It hung in the air as a … END_OF_DOCUMENT_TOKEN_TO_BE_REPLACED